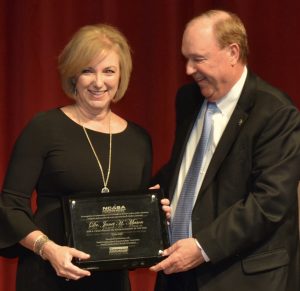 “Dr. Janet Mason’s vision for digital learning and digital leadership has guided her district to the forefront statewide in these areas. She works tirelessly to improve public education for students, staff and her community as a whole, and is well-respected among her peers for her outstanding leadership. She is most deserving of this honor,” said Jack Hoke, Executive Director of NCSSA.

The 2018 North Carolina Regional Superintendents of the Year, all of whom were nominees for this prestigious state award and were recognized as such at the Nov. 14 ceremony, included: